FOOTBALL WITH SLIPPERS ON

To play football with slippers and children’s light weight plastic football – how very bizarre idea! That’s how the Finns have been playing a couple of summers now. The combination of the unpredictable ball and the slippers that will easily fall off makes the game interesting. The five-a-side game is played on 30 x 40 metres wide grass pitch which is bound to be slippery under your footwear.

Reino and Aino slippers are one of the most traditional household brands in Finland along with Fazer Blue chocolate. All the Finns recognise the slippers and nearly every one has a pair, if not two. The slippers are easy to put on and comfortable to wear. We still remember our grandfathers in their Reinos and grannies in their Ainos walking about doing daily chores. The slippers have become modern favourites and they come in all sizes and various colours. Baby slippers in pink and light blue are nearly as popular as funky lime or purple coloured that teenagers are wearing all year round. The traditional brown Reinos and red Ainos still hang on there, too. One has to give credit to some of Finland’s leading sports and rock stars in promoting the slippers and giving them boost to the 21st century. Today it’s possible to have customised slippers – the ones in the Finnish national ice hockey team’s colours have been a great success.

In Vesanto, central Finland this Reino fever has been combined with football since 2007. Starting with a small local tournament it has grown to be one of the most interesting summer events in the country. In the 2019 World Championship tournament there will be altogether more thn 100 male and female teams competing. That is over a thousand players! There will be players from Estonia and some other European countries, too. Even though it is a competition the teams usually are groups of friends having fun – that involves crazy costumes and fun loving attitude. The main motivation is definitely not sweat, blood and tears.

The event has grown throughout the years to be nearly full blown carnival, so you can watch the games and enjoy the atmosphere all day to the late night when the live bands will perform in the night venue. 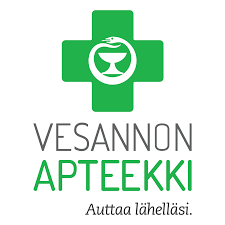